There are many live score sites that give stats about in-running football. These vary in quality and depth. Some lower leagues will only have goals, corners, and cards, whereas the bigger leagues will have possession, shots on target, shots off target and much more.

The problem with shots stats

The problem with simple stats like shots on target is that it gives you no idea of how good the shot was. A speculative shot from outside the box, which the keeper picks up easily is counted as a shot on target even though the chances of it being a goal is next to zero. Compare this with a goal line shot, which is almost certain to go in or a penalty that has about an 80% chance of being scored.

xG tries to model the game better with the quality of the shot. The way companies generate the data is to see how many shots from the position that the shot was taken has gone has resulted in a goal. The easiest shot to think of is a penalty. Traditionally, 80% of penalties are scored, so a penalty has an xG of 0.8. Shots that are closer to the goal generally have a higher xG.

xG can show how a game is going much better than a simple shot on-target and shot off-target model can. It shows the quality of the shot. Its not without its flaws, for example, many dangerous attacks don’t result in a shot, so its not captured in the data.

Live xG is very rare even though the methods have been around for over a decade. Fortunately, Bet365 now have xG data in their app and on the website.

The app has a whole new section about player stats. See live player shots, shots on target, tackles and assists. 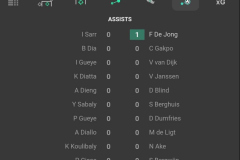 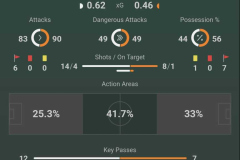 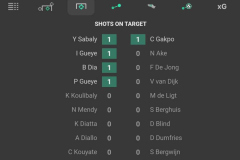 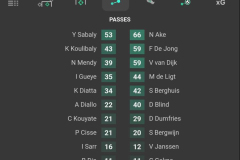 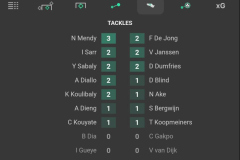 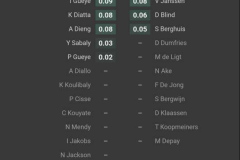 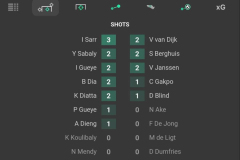 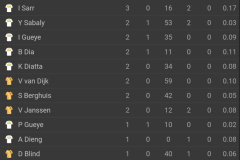 Hopefully this is a sign of things to come. You can get xg live data from apps such as infogol or fotmob.

I decided to have a look at how the 3 providers compare with xG.

You will get slightly different results based on the exact xG model you use.

You don’t even have to sign up. You can just visit the site and view the xG data and player stats for free. visit the Bet365 site